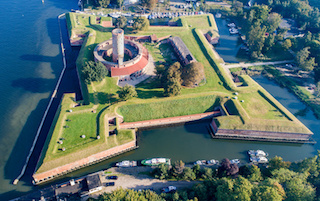 Visiting Poland is never boring, it doesn't matter if you travel through big cities or small towns, you will always find piece of history, a monument to explore and learn about.

WISLOUJSCIE FORTRESS - This historical fortress located on the banks of Dead Vistula river goes back to the 14th century.   During the Teutonic Knights era, this fort was a wooden structure which was completely burned to ashes in 1433.  In 1482 a brick round tower was built to control the ship traffic to the ports of Gdansk and Gdynia.  A fire would be burned on top of the tower to indicate the location. From that point on as centuries passed, fortifications were added around the tower.  Due to the location of the fortress it was a target of many military attacks throughout centuries.  Today this attraction is a wonderful get away from a busy Gdansk.  You can walk around in an open area and check out the interior of the Fort as well. There you can get to the top of the tower, to enjoy impressive views of it’s surroundings.  This Museum was put on the World Monuments Watch list and represents a huge piece of Polish history.  The fort is open for visitors between May through September.  If you don’t have plans to visit on land but plan to visit Westerplatte Museum, you may take a boat and still see the Wisloujscie Fortifications from the river on the way to Westerplatte. 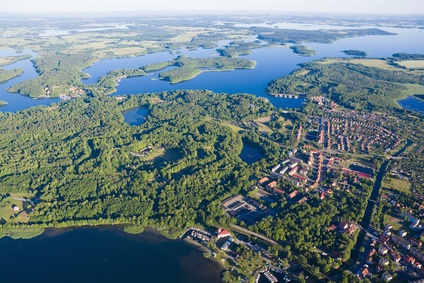 FORTRESS BOYEN - Built as a strategic building located in the Western part of Gizycko town, this fort blocks the passage between lake Kisajno and lake Niegocin.  This Fort survived WWI and WWII and today serves as a great place to spend a night for backpackers who travel through Masuria region.  The Hostel consists of rooms for 8 people with a joint kitchen and a bathroom.  I would definitely recommend it for those who travel on low budget and also for tourists who like to spend some time outdoors. There is a permanent exhibition in the Barn (Stajnia z Wozownia), reflecting the purpose of the building.  The exhibition is being steadily enlarged and you may view things like a 19th century harness, saddles, wooden carts or a hunting vehicle from ancient East Prussia. Then there is the Laboratory Prochowe with it’s display rooms with different replicas of primary weapons each as clubs, spears, soon hacks, bone daggers and more. The largest replica of firearms is the 12 Kanone siege gun from 1871. 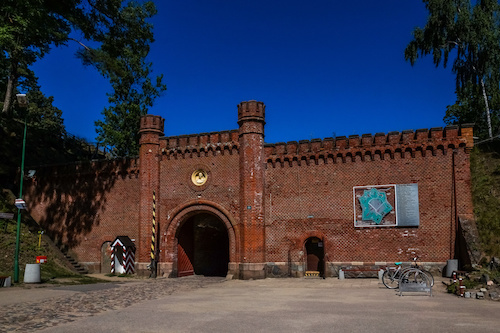 FORT SREBRNA GORA - The biggest fortress in Europe, built in the 18th Century above a town called Srebrna Gora ( Silver Mountain) when the region was still in the Kingdom of Prussia.  The complex is located at the Sudety Mountains and was created to house over 3,000 men. The fort had a bakery, water well and warehouses to store food, animals were also raised there.  The Fortress includes six individual forts, several bastions, and central fortress elements.  It spans between three peaks: Ostrog, Warowna Gora and Wielki Chochol.  In June of 1807 the fortress was successful in the battle of Napoleonic siege and stands strong to this day as a magnificent military historical monument of it’s time.  During World War II it was used as a prison for Polish Officers captured by the Germans.  Currently this facility is visited by thousands of tourists hungry for an adventure.  Open all year long this fort offers: guided educational tours, adventure tours, social events and night touring with a candle or lantern.  There is a shooting range and you may choose to use a historical weapon or a current weapon in the Polish military.  Make sure to wear warm clothing if you plan to tour the 10 degrees Celsius undergrounds.