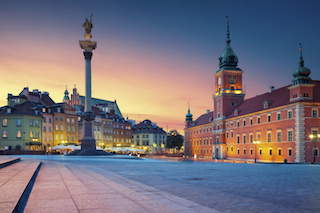 Poland has hundreds of castles and thousands of palaces.  Let us intoduse you to just a few of them. We make sure you visit many of them during our "Castles & Palaces" Tour!

Poland is a land of many castles and palaces, in fact too many to mantion them all.  First the Teutonic Knights gothic castle in Malbork,  the largest castle of this kind in the world.  This castle is absolutely stunning, it takes hours to explore this medieval beauty with numerous exhibitions of many kind.  If you desire to back in time, visit Teutonic Knights Gothic castle in Malbork, Poland.  It always makes a memorable impression on everyone who visits.  This beautiful monument built in 12th century is on the World's Heritage sight list since 1997.  This castle is a majestic museum of the gothic architecture from medieval times and also a key location of cultural events.  It reflects the old world in the International medieval Combat Federation World Championship and also the modern world in the International Biennial Exhibition of Modern Exlibris.  Make sure to book our "Castles & Places" Tour if you desire to visit the medieval Teutonic Knights castle.

The second most most famous castle is the Royal Wawel castle which is the number one attraction for those who travel to Krakow.  The Wawel castle is a gothic castle and a symbol of the Polish people's heritage.  Polish kings, Polish poets and national heroes are buried in the Wawel Castle Cathedral.  Most travelers spend time visiting the tombs while on their tours.  This glorious Cathedral was also a coronation place of the Polish kings.  Our "Fascinating Poland" tour starts in Krakow and has the Wawel castle tour in it's program.

My next recommadation is Niedzica Castle and also the Royal Castle in Warsaw which was rebuilt completely after WWII, based on photographs, blueprints and memories.  Another great site is the Wilanow Royal Palace whichwas a home to Kings such as John Sobieski III and King August II among its other residents, before it became a museum in 1805. 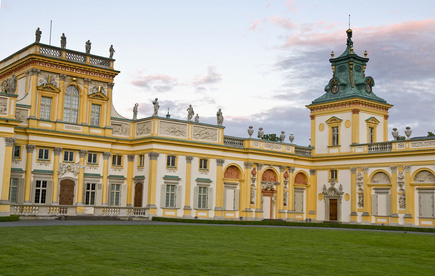